In short I have been over run by slugs.

However this has not impeded my fun of playing in my garden and I still have a few things to show for it! The tomato seedlings grew amazingly! So much so that I really had no idea what on earth I was going to do with 36 tomato plants, seeing as I am moving into a flat with only a small balcony to cram all of my beautiful plants onto. 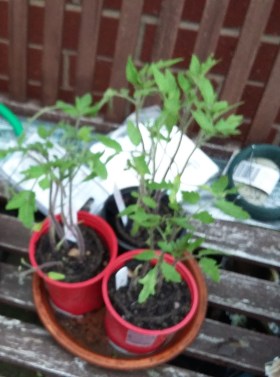 Here you can see how well they grew, at the point on the right (sorry for the poor quality photo) I decided they really needed a proper home; bring on a fun trip to BnQ – I went after a night shift and was in a queue for it to open, an extremely unusual situation for me. To cope with the quantity I decided I would gift some of my tomato plants to my housemate as a leaving gift, and some of them to some good friends near by who actually own a house with a garden like real grown ups. I painted their names on to make them a bit more gift like, and set about drilling drainage holes in the plastic troughs I had bought for them. Unfortunately at this point my drill exploded. I’m talking big bang, bright light and lots of smoke. Followed by the trip switch tripping on the house. Bye bye drill 😦 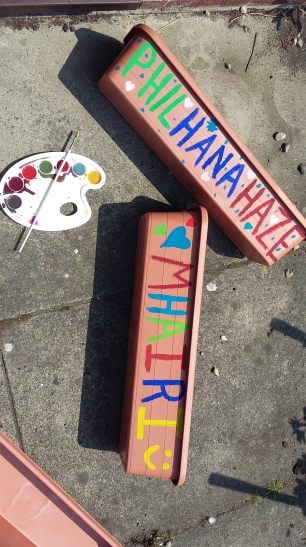 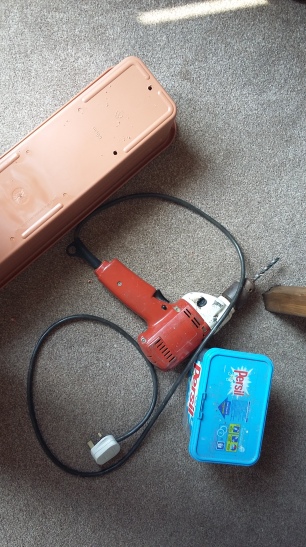 Unfortunately this was the day before I was going on a weeks holiday and I simply didn’t have time to get my hands on another drill so the tomatoes would have to survive on their own! I left them in the shade of the fence to try to stop them drying out as it was predicted to be hot and sunny. (Good for my hols!) I had also bought some marigolds to go in the pots with the tomatos to help with my pest control, so I left them resting on some soil but not actually planted and hoped they would also survive.

I returned to this.

I picked off around 10 slugs the thickness of my thumb. Devastated.

However, it was only half of the tomatoes so I decided to crack on, get myself a drill so I could plant them, and after some consideration of what to do about the slugs settled on beer traps, or slug pubs…

I don’t really like the idea of using slug pellets/other things that can poison the soil and other harmless animals, I might look into getting nematodes online for the future though.

Here we have the planted tomatoes and the success of the beer trap. You will also notice that sadly my painting was not weatherproof! And the egg shells are another anti slug measure… Fingers crossed that these ones can now survive! I did shamelessly plant the most damaged plants in my gift pots but my housemate is definitely the most likely to kill them so I really didn’t want to “waste” the good ones! 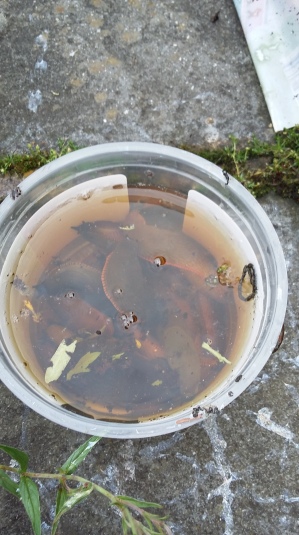 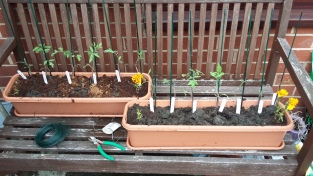 Luckily there are some less sickly looking plants left in my garden, despite the potted flower seeds not really sprouting for some reason (possible because they dried out without any plates under the pots, and possibly because the soil seemed to go very clay like), the seeds in 2/3 of the hanging baskets did fantastically! The third one crumpled and closed over the soil so I repotted these in some space that Geraldine-the-recently-widowed-Geranium kindly let me use. I felt bad that I had over crowded the baskets so repotted one of them half back into itself with some more soil, but half into a upcycled plastic box with some drainage holes punched in the bottom. The herbs and the strawberries are both also look pretty fab at the moment! The herbs are doing so well that I am having to harvest and freeze them as I just can’t eat the parsley and oregano quick enough to stop them completely covering the poor tarragon. Despite the herbiest omlettes you ever saw! Really I need to work out how to dry them so I can give them away to friends and family. 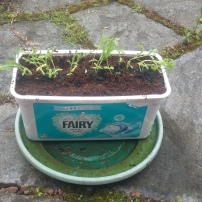 The strawberries are having less of a slug/snail problem now that I raised them up a bit on my dads suggestion, but they still have a fair few pests to deal with! The aphids got so out of control that you couldn’t touch the plant without getting them all over your hands and the new leaves werent opening they were so covered in flys! I gave them a good wash in some soapy washing up water which seemed to help, they are still around but in much lower numbers and not stunting the poor plants growth! I need to get rid of them if I want any unharmed strawberries though, so am considering buying some ladybirds.

Here are some other pests that are frequenting my plants; spittlebugs on the lavender, caterpillars, and something that strips the leaves that I cannot work out what it is!?!? I’ve also included a picture of a beautiful bee I saw this morning that isn’t a pest at all, I’ll have more of those please! 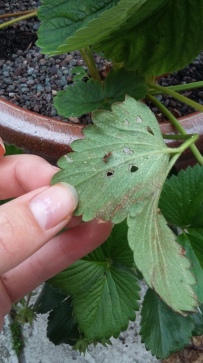 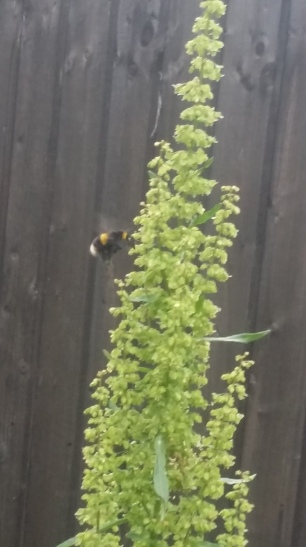 On another note I would like to wish my Grandad a wonderful Happy Birthday!!! Happy Birthday to my much loved Grandad! Who also loves his garden and helped inspire me to want my very own, as well as being interested in all the birds and wildlife that goes along with it. 🙂 ❤ ❤ ❤

I will leave you with a few of my favourite snaps from my Cornwall holiday, which has given me a love of foxgloves which I now fully intend to grow next year! (spot the bee!) 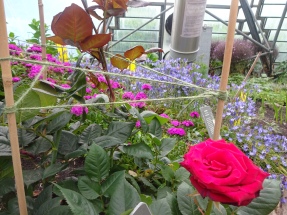 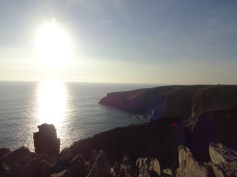 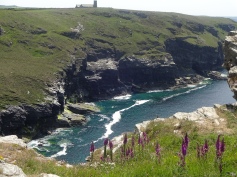